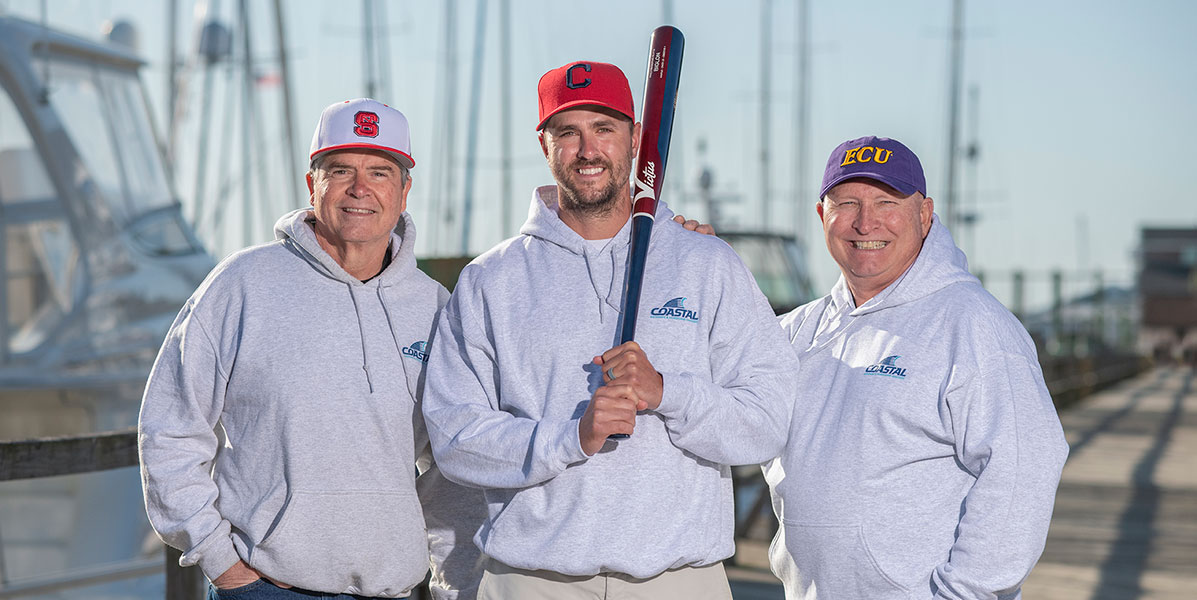 Itʼs 8 a.m. and off in the distance you can hear the sound of power tools and hammers framing the next custom hurricane shutter installation. Itʼs a far cry from the sounds that Newport native and recently retired MLB player, Lonnie Chisenhall is used to at this hour. But thatʼs life after baseball. Instead of roaring fans and the crack of a baseball bat hitting a fastball, Lonnieʼs days are filled with job site measurements and Little League baseball practice.

Lonnie, alongside long-time friends Bill Henderson (Pitcher, NC State) and Clarence Hardison Jr. (Shortstop, ECU), now own Coastal Awnings in Morehead City, NC. The three share a lot in common (including their love for Americaʼs National Pastime), so when the opportunity came along to purchase Coastal Awnings, it was a natural fit to do it together. Some say thereʼs no life after baseball but for these three, friendships forged in the dugout were just the beginning.

Clarence Hardison, Bill Henderson, and Lonnie Chisenhall all grew up in Newport, NC, although Lonnie was a few years after Clarence and Bill. “Growing up Down East you were always part of a tight-knit community. It wasn’t Mayberry, but it was close to it,” said Clarence. Clarence and Bill are first cousins. Lonnie and Clarence are connected not only by baseball, fishing, and golf, but also by basketball. Lonnie’s grandfather, Larry Smith, and Clarence’s dad were teammates at Newport High School that won the 1953 North Carolina High School basketball championship. Bill and Lonnie are connected by being lifetime residents of Newport and Morehead City. Lonnie also worked a few summers at H&H Electric Company, which is owned and operated by Bill.

It was in that tight-knit community that each of the three found a passion for baseball. Clarence went on to play shortstop for the East Carolina Pirates during the late 70’s and Bill pitched for the North Carolina State Wolfpack in the early 80’s. Lonnie played at West Carteret High School and was drafted by the Pittsburgh Pirates out of High School in 2006 but chose to play college baseball. In 2008 the Cleveland Indians made Lonnie their First-Round draft choice and he made his Major League debut on June 27, 2011. 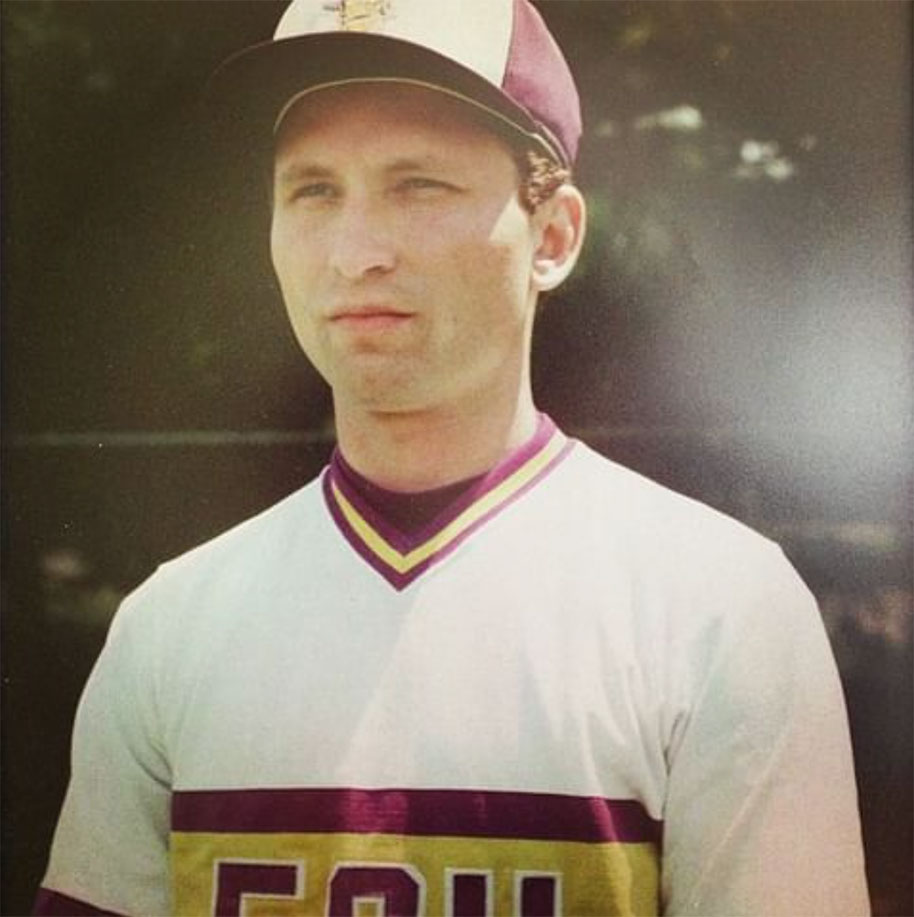 For Lonnie, it was always only baseball. During Lonnie’s sophomore year of high school, Mr. Mayo asked him about his backup plan. Lonnie’s reply, “I don’t need anything to fall back on!” And looking back now, Lonnie reflects that having that mentality helped. It was always only baseball. During Lonnie’s professional playing career, he had a lot of highlights. But you won’t get that information from him. Bill and Clarence often speak of how genuine Lonnie is as a person and that he is extremely humble. Lonnie played in the 2016 World Series that when 7 games against the eventual winner, the Chicago Cubs. But Lonnie’s biggest highlight came on June 9, 2014. Lonnie became the first player in Major League history to have 5 hits, 3 home runs, and 9 runs batted in in 5 plate appearances! And that highlight was rewarded by having his Cleveland jersey, his bat, and shoes sent to the Baseball Hall of Fame in Cooperstown, NY.

After 8 years with the Indians, Lonnie retired due to an ongoing calf injury and a desire to spend more time at home with his young and growing family. “It definitely took some getting used to after I retired,” he said. “It took a few months to learn where I can be helpful or unhelpful! These days, Meredith and I tag team with our 3 kids. I get to go to their school functions, their practices, and games. And that’s a privilege and I’m grateful. A lot of kids don’t get that.”

Clarence, Bill, and Lonnie refer to friendships and community being the greatest gain from playing baseball. And it was that same love for their community that made them all jump at the opportunity to purchase Coastal Awnings. “This community has grown a lot but what hasn’t changed is its roots,” reflected Bill. “It’s tight-knit and authentic. Recently we saw the whole community rally together with support when that awful plane crash happened off the coast of Beaufort. It’s personal around here, and that sense of community and camaraderie is what we all love most about it.”

“Baseball brought us together, but it’s not who we are,” said Clarence. “We bonded over a love for the game but have gone into business together for a love of this community. We’re here to make a difference, whether that’s volunteering with the local little leagues or giving our consumers peace of mind as a storm is approaching off the coast.”

For three local kids chasing the dream of playing in the pros to a business partnership forged in friendships, for Bill, Clarence, and Lonnie, life after baseball has only become better.

From along the white sands of Atlantic Beach to Emerald Isle Beach, our promise is to make your satisfaction our #1 priority. Contact us for more information!